Glow in the dark volleyball

Last night for our youth activity we played glow in the dark volleyball.  I have to tell you I spent more than a few sleepless nights trying to figure out how to make a ball glow in the dark.  First I bought some expensive black lights hoping that would do the trick, nope, the glow didn't extend far enough to light up the ball.  Hmmmm...then someone suggested putting glow sticks inside a blow up beach ball, that was a great idea except where would I find a beach ball in October!  I looked, believe me.  Then it came to me, I would try injecting some of the "glow" liquid into a ball, it worked and here's how you can do it too.
You'll need:
-Paper towels
-scissors
-disposable cup
-2-3 glow sticks (I used the bigger Slim Stick because it held more liquid)
-syringe with heavy gauge needle (vet tac supply store)
-kids ball 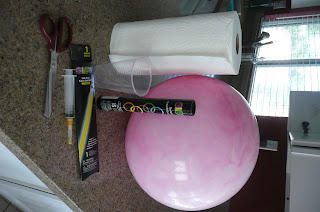 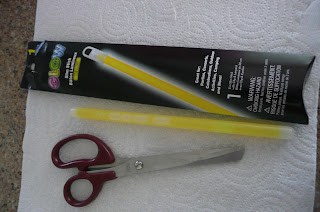 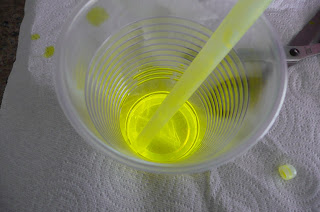 Tap the end of the glow stick on the counter to get the liquid away from the top, cut the tube above the liquid (so it doesn't squirt on you).  Empty it into your disposable cup by tapping it on the side until it's all out.  There are two separate liquids inside the plastic tube, when you bend the tube you are breaking the glass to allow the two to mix. 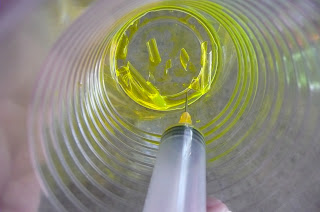 Use your syringe to draw up the liquid. (See the broken glass a the bottom, just leave it there) 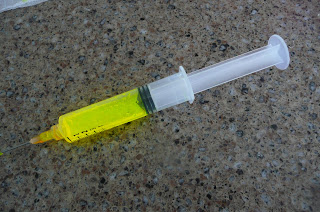 There it is, cool huh! 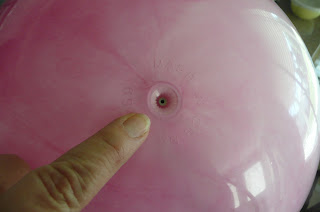 Find the nipple of the ball. 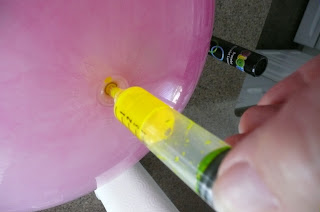 Inject the liquid directly into the tiny hole in the nipple.  Squirt!  (when it's time, dispose of your syringe and needle properly) Wipe off the area if you need to.
Now bounce it around a few times to help coat the inside of the ball.
This is where I show you how it looks...I couldn't take a picture of the ball glowing!
Believe me though, it glows, just take it into a dark room to see. 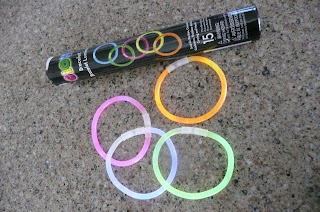 We hung the glow bracelets all along the top edge of the volleyball net and gave all the players one for each wrist.  The effect of the bracelets hanging off the net and the glowing ball was fabulous!
*Prepare the ball just before you play, so the glow lasts longer, you'll want to have supplies to re glow the ball during the game.  Ours lasted less than an hour but it was easy to prepare another ball for play.
We had a lot of fun, the kids were excited and that's what's it's all about!
Now a word about the safety of glow bracelets.  They aren't poisonous but they are an irritant so don't lick the glow liquid off your hands, instead you should wash your hands after you prepare the ball.  Sorry, I had to do that, it's like the warning on a blow dryer not to use it while you're in the bathtub!!

Tena
My life is pretty funny or at least I try to keep it that way. I love to craft, anything, from scrapbooks to painting furniture. I'm a Canadian living in California where people places and things remind me of who I am. I'm Tena.

Some of my favorite reads